This week I’ll be doing some double, or rather triple, timing. I’m currently on my way to Harrisburg, Pa., for the 2014 American Kennel Club National Agility Championships to compete, for the third year in a row, with my Pembroke Welsh Corgi, Dally (registered name: PACH Frontiers HonkyTonkBaDonkADonk RN, AX, AXJ, MXP5, MXPB, MJP5, MJPB, PAX, NF, CGC). The past Nationals have been held in Reno, Nev., and Tulsa, Okla. I’m not looking forward to the chilly temperatures, but I am looking forward to the fun we’ll be having!

Anyway, back to why I’ll be triple-timing the week. I will be doing coverage for the CanineChronicle.com (during the event) and write a wrap-up report for the print magazine, The Canine Chronicle. I’ll also be organizing daily updates following several different Corgis competing in Nationals for the popular blog, The Daily Corgi, as part of #TeamDailyCorgi. You can follow the updates on the blog, as well as via Dally’s Twitter (@TheStumpKids). I’ll also be posting photos on my Instagram as the week goes on. My dog agility blog, Agility On Stumps, will also have coverage from our road trip adventures (which tend to be epic).

So be sure to check out those feeds for some fun coverage, and hopefully some good news! 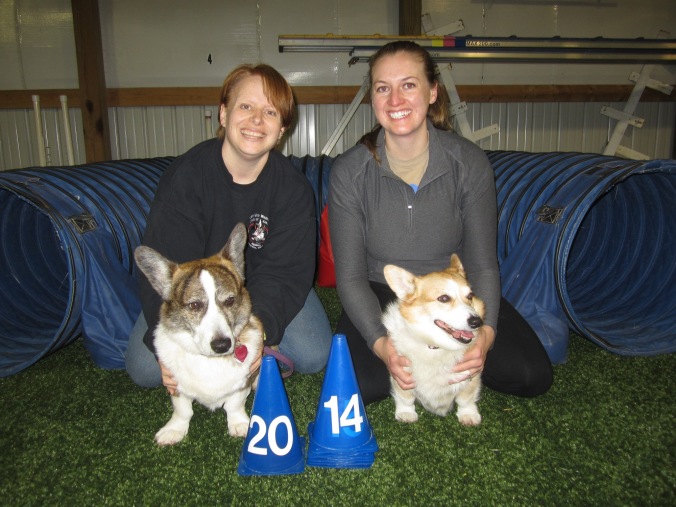 My road trip partner in crime, Merinda, and her Cardigan Corgi Porter will be accompanying Dally and I to Harrisburg! Go #TeamDailyCorgi!!