I’m finally back from Harrisburg, Pa., where I was competing with my Pembroke Welsh Corgi, Dally, at the 2014 American Kennel Club National Agility Championships. This was not just a fun and competitive trip, but also a work trip. I was able to cover the event for the Canine Chronicle, both via the website and in the print magazine. I was able to do one quick write-up (unfortunately I had some computer issues that prevented me from doing more work) for the website, and I’m in the process of working on the event wrap-up as we speak.

(I also did a lot of work for The Daily Corgi blog, organizing #TeamDailyCorgi.)

Our trip out there wasn’t successful on my end 100%, but our traveling partners (and best friends) did awesome! I’m lucky that I get to interview my best friend for part of my event coverage because she and her Cardigan Welsh Corgi, Porter, won the Preferred National Championship in 4″! It was such an awesome thing to get to watch and cheer on my friend, cry with her and hug her as we celebrated together. I’ve seen the trials and tribulations she’s gone through training Porter, and I knew she was going to come out on top. 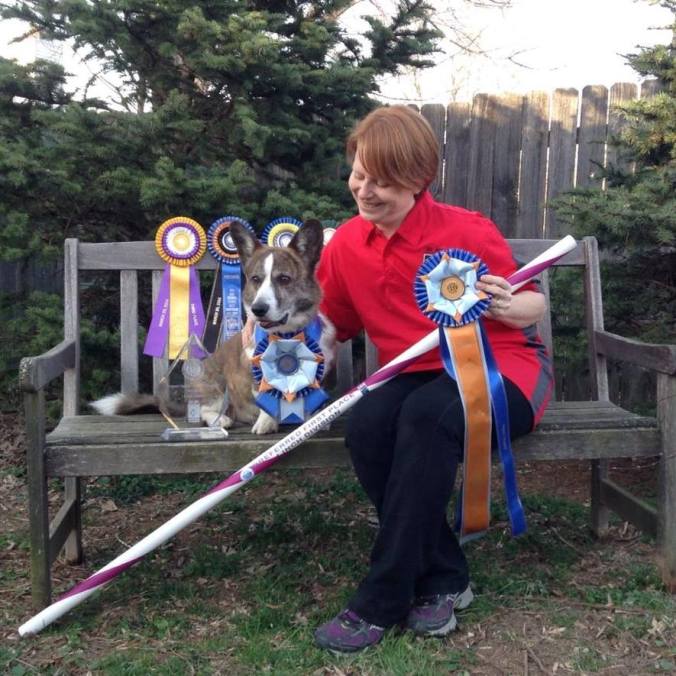 (Shamelessly stolen from Merinda’s Facebook page, but how can you not love this photo?)

Here is their amazing run:

Here’s a peak at the online coverage from the CanineChronicle.com:

The top canine athletes have converged on Harrisburg, Pa., to compete in the 2014 AKC National Agility Championships. This year 1,640 purebreds and mixed breeds representing 112 breeds and 48 states, including Canada, are competing for bragging rights as the National Champion in one of 11 jump heights.

Read more on the CanineChronicle.com

Then be sure to check back here for when I post the final article from the magazine.